“if you get caught in an ambush, you have point eight of a second to live.” I can’t wipe this astonishing calculation from my mind and figure I will be dead before I know there is an ambush. No one will want to see my passport.

In 1989, New Zealand photographer Bruce Connew spent five weeks in Burma, observing the Karen people's war with the Burmese government troops. On his return to New Zealand, he succumbed to virulent malaria. His photographs and notes were put aside and almost forgotten — until several years later when fresh news of the struggle reawakened Connew's interest in the Karen's tragedy, and also caused him to question his own actions and motivations.
Fergus Barrowman, publisher, Victoria University Press, New Zealand

At first glance, Bruce Connew’s journey was crazy and impulsive. A photographer leaves his children in the care of a friend and hops a plane to a little reported war he caught a glimpse of on television. In the hill country of east Burma, Connew journeys with Karen refugees, ducks down in trenches from incoming mortar fire and, ultimately, joins forces with a New Zealand mercenary to stage an ambush. This is not your average idea of escapism. What follows [first as a book, and now an exhibition] is a traveller’s story – a marvellous tapestry of insight, memoir and visual description. Central to all its parts is the photographer’s recent loss of his wife in a road crash. Death and its random, sudden occurrence is Connew’s subject. His narrative moves easily between New Zealand’s Auckland suburbs and an all but forgotten war.
Lloyd Jones, New Zealand author (Biografi, The Book of Fame, Mr Pip)

Bruce Connew’s [body of work] is at once about being a witness to human beastliness, being a photographer and being Bruce Connew. Connew is a photojournalist and teller of tales. This is his record of time spent looking and thinking about what has been seen and what it might mean. Through a process I can only describe as an unfurling or unravelling, this war in Burma becomes a metaphor for Connew's own life. When I had finished reading (the pictures and words), this [commentary] reminded me how attentive photographers need be, and how tenacious. Finally, the intelligence required to provide something of worth. Connew has these qualities. In a world filled with inconsequential sound and vision bites, informed by misinformation and gossip, it seems to me important to be offered authentic works like this.
Peter Turner (1947-2005), British author (History of Photography, 1987), curator (American Images: Photography 1945-1980, Barbican Gallery, London, 1985), photographer and past-editor, Creative Camera magazine (UK) 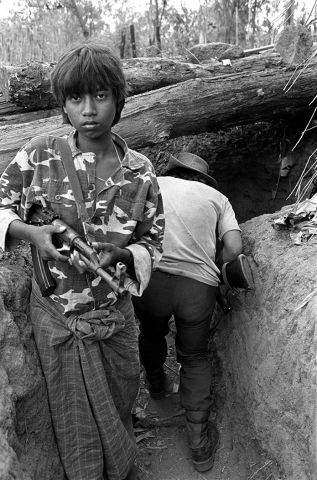 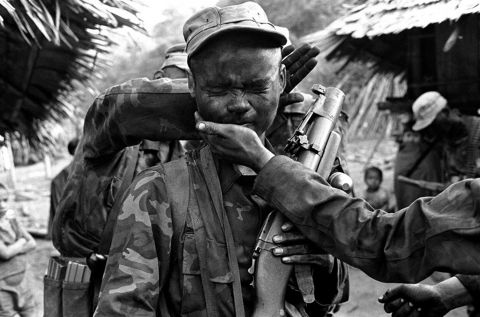 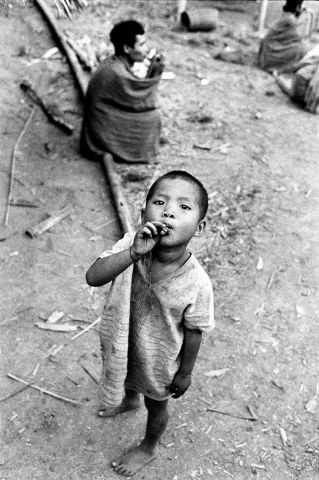