The latest cycle of violence was vicious even by West African standards. By

July 2003, rebels had all but surrounded the Liberian capital, Monrovia. Under

said he was ready to leave the country for exile in Nigeria. It seemed that

his catastrophic six-year tenure would end quietly. But Taylor insisted on

staying until Nigerian troops arrived to monitor a ceasefire. Week after

week, delays pushed back the deployment date. Emboldened by a fresh arms

shipment from a rival neighbor, Guine, the rebels made a grab for the

they laid siege to the city. Only three bridges separated them from a

derelict capital swollen by refugees to 1.5 million people—more than twice

its normal size. The result was three weeks of horror—a true descent into

July 21 2003. may have been the low point. Rebel mortar barrages hit residential

gate of the U.S. Embassy and cried out for a U.S. military intervention to

stop the slaughter. The next morning, Red Cross workers took the bodies away

for unceremonious burial on a nearby beach. Fighting between government

Bridge, where fighters engaged across a narrow lagoon with machine guns and

rocket propelled grenades. Fired up on marijuana and cocaine, the young

pro-government militiamen were forced into combat at gunpoint. Photographer

Noel Quidu and I saw one of them executed.

The president was unrepentant. When we met with him a few days later, he

portrayed himself as the victim of conspiracies. In fact, few failed leaders

have been so deeply implicated in the suffering of a people. Taylor came to

use of drug-addled child soldiers. He bullied his way to election in 1997,

threatening to go back to the bush if he lost. In office, he squeezed his

country and the hinterlands of neighboring Sierra Leone for huge personal

gain, while failing to bring people even the most basic government

services—electrical power and running water. His henchmen were experts in

torture, using everything from electricity to colonies of red ants. They

maintained two torture centers on the grounds of the presidency itself;

other victims died horribly just behind Taylor’s residence outside the city,

came from long experience in dissembling. “We have no torture chambers here”

he insisted in an interview. In fact, he made the whole country a Calvary

troops—the largest such deployment in the world. Fresh elections are planned

for 2005. But it’s anybody’s guess when Liberia will fully recover from 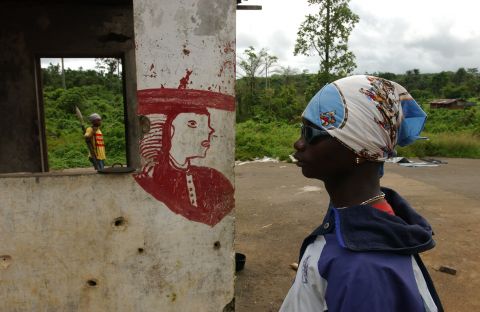 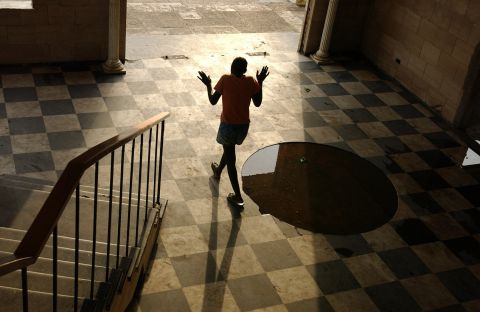 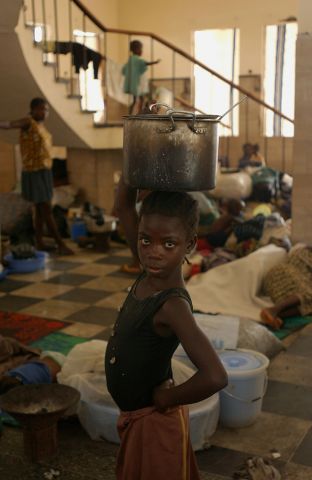 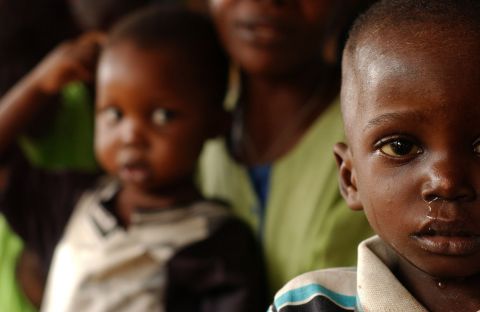 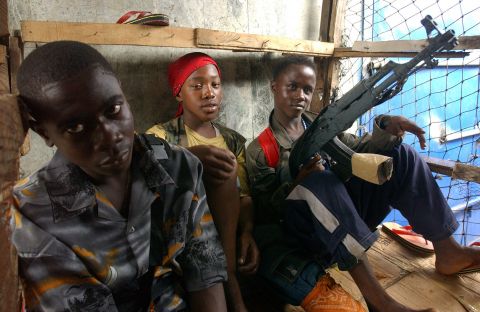