Yuri Kozyrev of Time magazine exhibits IRAQ: witnessed, a collection of panaroma, 6x6 and digital in both colour and black and white. Yuri's portraits take us on to the streets of Iraqi cities and behind the men who control them.

I came to this war, a Russian photographer working for TIME Magazine, with the more or less clear cut idea that this was a struggle of good against evil. I had already traveled for months throughout Iraq and witnessed Saddam Hussein's oppression. When the war began in March 2003, I was working from Baghdad and did not have the opportunity to drive in an Abrams tank or fly in the cockpit of a sparkling American fighter jet. Instead, I moved from ruin to ruin, and from one human tragedy to another. My original idea of the glorious good guys defeating the evil bad ones grew more and more distant until it vanished like a mirage in the desert.

Here I am now, older and almost 4 years into this war, and yet no wiser about how good should combat evil. I know both sides believe that they are fighting against evil, but I have seen each move closer to the dark side. Killing does not make anyone better. Initial motives stop making sense after a while because war is brutal.

I have shot hundreds, if not thousands, of flashcards showing human misery, deprivation, tragedy, and death in this war without really learning who is the good and who is the righteous. I am no longer even sure if good is fighting evil. When I look at my laptop screen at the end of the day, what I see is evil fighting evil locked in mortal combat with the principal casualty being human goodness.

The photographs on view were taken between December 2003 and October 2006. They document the affects of war on the Iraqi population: mothers protecting their children, an early morning raid, a member of the insurgency, and female prison inmates, 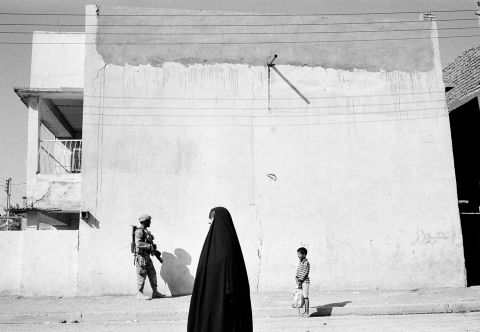 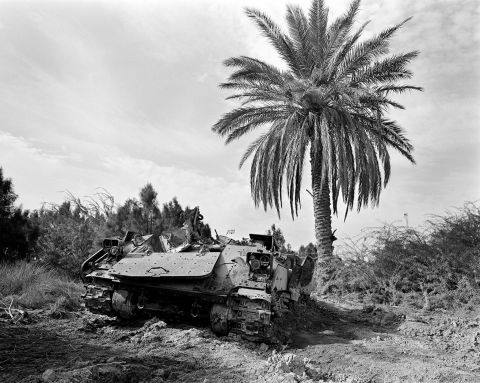 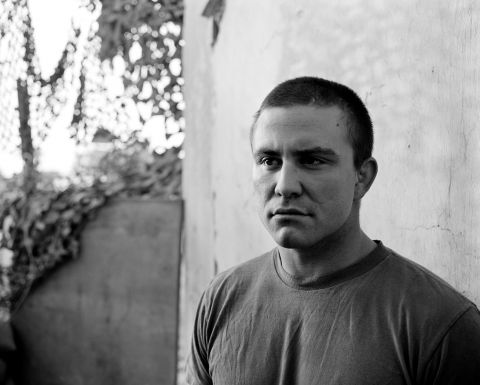 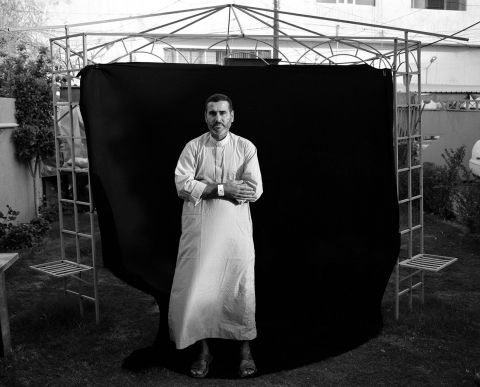 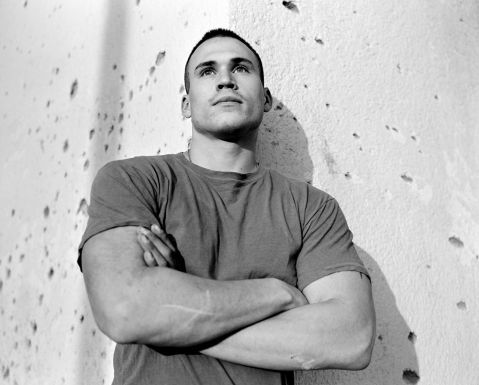